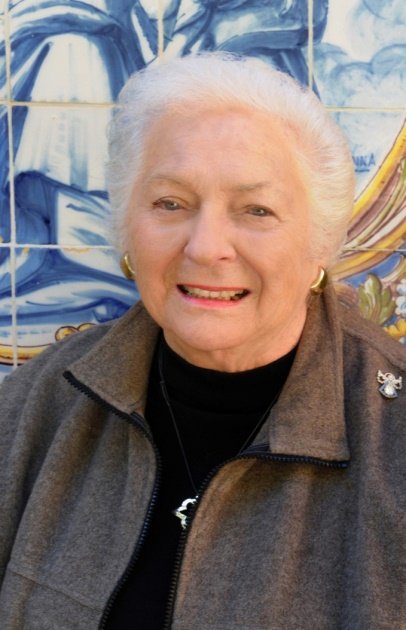 Bruna Rita Odello passed away on September 7, 2020 at her home in Carmel, California. Bruna was a strong, passionate woman who will be missed by the many people whose lives she touched in her 93 years on this earth.

Born in 1927 in the little town of Morbegno, Italy to Mario and Rita Cerri, Bruna immigrated with her family to Castroville, California in 1930 when she was just three years old. As an only child growing up on an artichoke ranch with no other children nearby, Bruna loved to explore the world around her – a love that she carried throughout her life. Bruna lived in Castroville until she met the love of her life in 1946, Emilio Odello. Bruna and Emilio were married in 1947 and settled on an artichoke ranch in Carmel, which later became the Odello Family artichoke ranch. On the “Ranch”, they raised their two daughters, Pam and Carla. Bruna loved her family and was a devoted wife and mother. As the girls grew up, Bruna was a Brownie and then Girl Scout leader, and she later served as the coordinator of the Junior Mints at the old Carmel Hospital. She also served as president of the Junipero Serra School Mothers’ Club, where she made lifelong friendships.

Bruna’s greatest joy came from sharing and living her faith. Always involved in Parish activities, she became even more immersed in Parish life after the death of her beloved husband in 1974. She was the chairman or co-chairman of the annual Carmel Mission Fiesta for 37 years; a president of the Altar Society; a Eucharistic minister; and a member of the Legion of Mary. She was also a Faith Formation teacher to grade school children for 57 years, teaching multiple generations of the same families, and it brought her great fulfillment to be a part of so many children’s spiritual lives.

One of Bruna’s true passions was helping others, and she was dedicated to serving her community. Bruna organized a local Artists’ Tour for the Monterey Museum of Art, worked on Clint Eastwood’s campaign for mayor of Carmel, and volunteered on the Hospitality Committee of the Bing Crosby Golf Tournament for over 30 years. The cause nearest to her heart was Gateway Center, where she served on the board for many years. Her dedication to these local causes was instrumental to her being named Woman of the Year by the local Quota Club in 1984 and honored by the Italian Heritage Society in 2006. In 2009, she was also honored by the Monterey County Commission on Women as one of the Outstanding Women of Monterey County.

Bruna always pointed out the beauty in the world around her, and in her later years, she began to capture the wonders of God’s creation with her camera as an avid photographer. Over the years, she took tens of thousands of pictures of all kinds of events, people, landscapes, and animals (especially her llamas), and she would often turn these photographs into cards and albums, which she loved to give to friends and family. Bruna considered it a blessing to call beautiful Carmel her home, and her love of photography and her surroundings culminated in the publication of her book of photographs, Blessed, in 2012.

Bruna lived an incredibly full life. She organized many religious trips to Europe and the Holy Land through the Carmel Parish, and her travels took her all over the world. She was a stranger to no one, and could often be found chauffeuring international tourists around her beloved Monterey Peninsula or sharing a cup of coffee with a new friend. She was known for her stories, her generous spirit, and her love for everything and everyone. Although surgery and then her diagnosis of congestive heart failure in 2009 would ultimately rob Bruna of her short-term memory and greatly affect her activities and daily life, she accepted and dealt with this very difficult cross as she did everything: with grace, dignity, strength, and trust in God.

Bruna was preceded in death by her husband, Emilio, her parents, and her brother-in-law and sister-in-law, Bruno and Bella Odello. She is survived by her daughter Pam Noto and son-inlaw, Carl; daughter Carla Odello; granddaughter Courtney Colimodio and her husband, Carlos; great-grandson David Emilio Colimodio; nephew John Odello and his wife, Marie; nephew Michael Odello and his wife, Vicki; niece Claire Berry; and their families. Bruna’s family is forever grateful to all those who supported and cared for her in the last years of her life, especially Susan and Eduardo, her loving caregivers, as well as Jody, Kim, and all the wonderful staff of Hospice of the Central Coast. Due to Covid-19, private interment services were held, and Bruna was laid to rest with her beloved husband. The family looks forward to celebrating her life with friends and loved ones at her Funeral Mass at a date and time to be determined. In lieu of flowers, donations may be made to the Carmel Mission Pipe Organ Renovation Fund, 3080 Rio Rd, Carmel, CA 93923; Gateway Center, 850 Congress Ave., Pacific Grove, CA 93950; the Carmelite Monastery, Rt. 1, Box 27601, Carmel, CA 93923; Hospice of the Central Coast, 2 Upper Ragsdale Dr. D-120, Monterey, CA 93940; or an animal welfare organization or other charity of one’s choice.

To send flowers to the family or plant a tree in memory of Bruna Odello, please visit Tribute Store