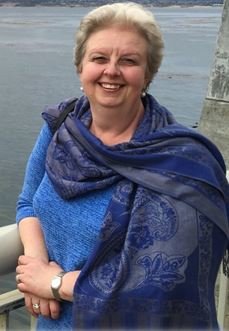 Galyna Said, age 60, formerly of Marina, CA passed away Thursday, October 8, 2020 peacefully in her home. Galyna was born May 25, 1960 in Lviv, Ukraine, where she was raised with her sister Irina Velieva. As a child, Galyna developed a love for flowers that she eventually brought to the United States. In 1997, Galyna and her son Alexsander moved from Lviv to marry Anis Said and became an integral part of his life and family. She then began working as a florist, where she would bring joy, the reminder of beauty and life to the Monterey Bay area. Through her career many people in the community grew to know and love Galyna. She also loved to cook and host for her family and friends as a beloved wife, mother, grandmother, and friend. She was adventurous and enjoyed taking trips to explore new places. One of her favorite adventures was traveling to San Francisco because of its diversity, good food, and beauty. Preceded in death by her parents Anatoli Vacilievich Belyaev and Olga Markovna Belyaev. She is survived by her husband of 23 years, Anis M. Said and her children: Peter Said, Sarah (Rob) Carson, Matthew (Joanna) Said, and Alex (Kim) Said; 5 grandchildren; her sister Irina Velieva, and numerous nieces, nephews, and friends.

To send flowers to the family or plant a tree in memory of Galyna Said , please visit Tribute Store