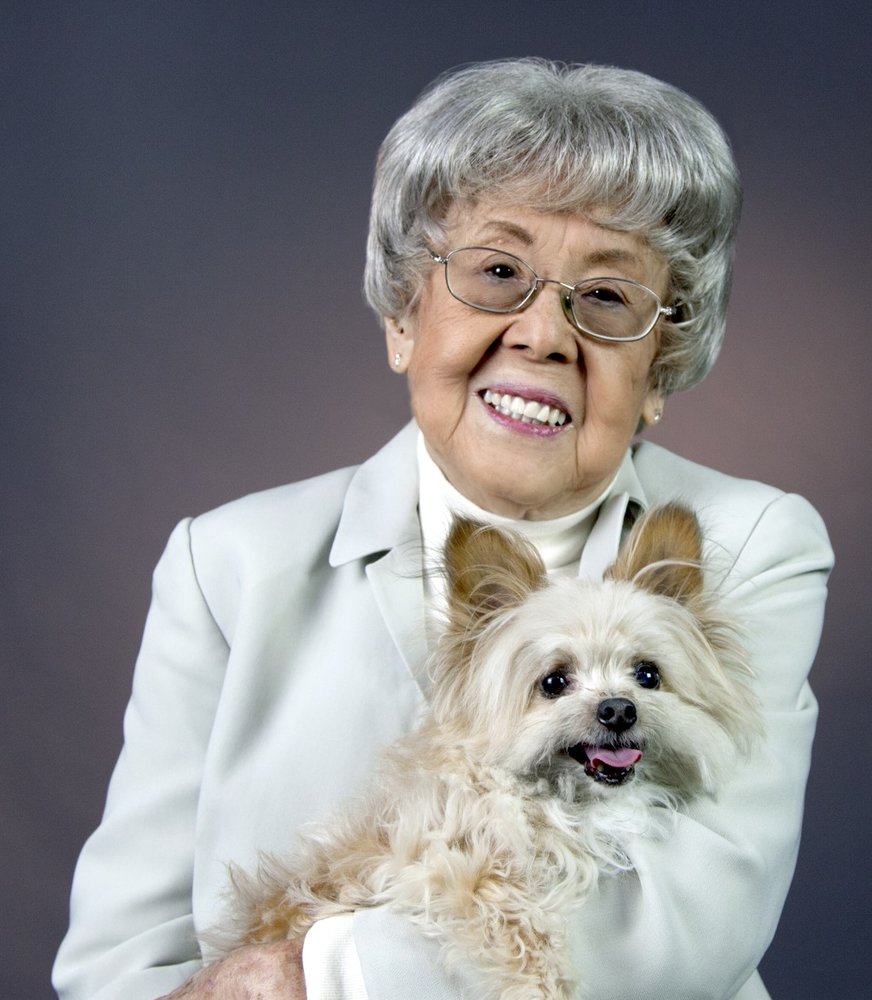 Setsuko Rose (Tomita) Kaku was born on Dec 14, 1926 in Hanford, California, and passed away on April 21, 2021 at the age of 94 at the Community Hospital of the Monterey Peninsula after a brief illness. Her mother, Masao Kuwana, and father, Tokuzo Tomita, were both from Japan. She was the fifth child of ten and spent her childhood on a farm in Hanford, CA. During World War II, she was relocated along with her family to an internment camp in Jerome, Arkansas where she graduated high school. When Jerome closed in 1944, they were moved to Rohwer, a second internment camp also in Arkansas, for the duration of the war. After the war, she settled in Ann Arbor, Michigan and married Maya Kaku in 1947. She moved to Lindsay, California in 1953 when her husband joined his family's grocery business. (Save Center Market)

Her life revolved around her five children. Many hours were devoted to caring for her family and extended family as well as working in the supermarket office owned by the Kaku brothers. Once her children were older, she worked as a grocery checker at the Town & Country Market in Porterville, California for 22 years. She retired in 1990 and moved to Reno, Nevada in 1997 living with her youngest daughter Leann for 18 years before moving to Carmel, California in 2015 to join her eldest daughter Denise's family.

Rose was predeceased by her husband, Maya, in 1998 and her son, Gary, in 2014. She is survived by her daughters Denise Kaku (Richard Lausten), JoLynn Kaku, Leann Kumataka (Mark) and son Robert Kaku (Stacie), Daughter in law Clara Kaku Auld; a sister Graycie Shishido, 12 grandchildren, 7 great grandchildren and numerous nieces and nephews.

At her request, no formal service is planned. Her ashes will be interred at the Carmelo Cemetery in Pacific Grove, CA. Condolences may be sent c/o Denise Kaku at PO Box 2025, Carmel, CA 93921 or phone 831-624-6525. Email: Denise@kakuconsulting.com

To send flowers to the family or plant a tree in memory of Setsuko Kaku , please visit Tribute Store

Share Your Memory of
Setsuko
Upload Your Memory View All Memories
Be the first to upload a memory!
Share A Memory
Send Flowers
Plant a Tree