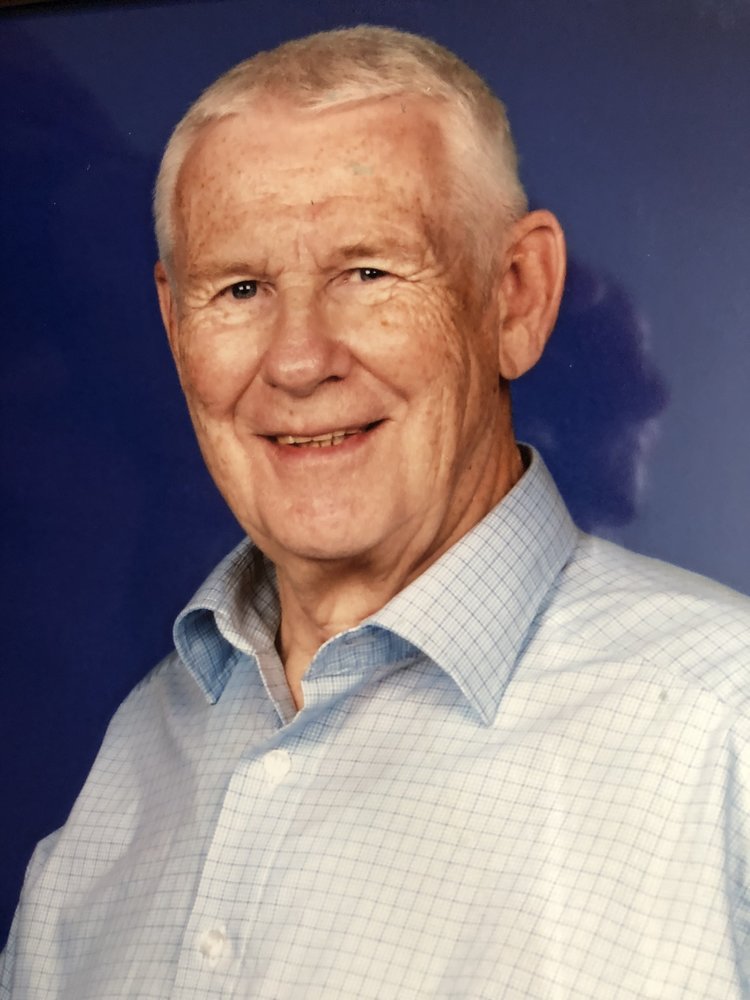 Thomas Calvin Carr passed away peacefully at home with his loving family on January 31, 2021, at the age of 87. Born in Grand Forks, North Dakota, on May 31, 1933, to Marie Berkeland Carr and Glenn Carr, Tom attended schools in Grand Forks and in Warren, Minnesota. He was active in Boy Scouts; he attained the rank of Eagle Scout and was admitted to the Order of the Arrow. After a year at the University of North Dakota, Tom enlisted in the Army and was posted to Germany. He made good use of his weekend passes to explore Europe and indulge his taste for operatic performances and art museums.

On his return to the States, Tom enrolled in Moorhead State College where he earned his bachelor’s degree in English and business education. He married his wife, Bobbie (Roberta), during his senior year. Upon his graduation, Tom and Bobbie moved to Oregon where Tom began his teaching career and where their daughter, Jane, was born. After teaching for several years, he accepted a job with the State of California. He took evening classes at Sacramento State, earning his lifetime California teaching credential. In 1981 he accepted a job with the Department of Fish and Game in Monterey; he also served as an arbitrator for the California State Employees Association.

A member of St. Philip’s Lutheran Church, he sang in the choir and took a regular turn as cantor. He sang in the Monterey Symphony Chorus and spent four seasons with the Troupers of the Gold Coast, performing at California’s First Theater. He retired in 1995 and spent much of the next 20 years overseas as Bobbie’s career took them to Egypt, Guam, Okinawa, and Germany. He taught English as a Second Language to Eritrean refugees in Cairo, enjoyed field trips with his university archaeology and art classes in Egypt and Germany and sang in church and university choirs every place he lived.

Tom was kind and generous. He enjoyed travelling and planning trips. He loved Norway and was delighted to find a branch of his mother’s family in the Setesdal Valley. He was fortunate to be able to visit them several times over the years.

Tom was preceded in death by his parents and his brother, Eugene. He is survived by his wife and daughter, his sister Margaret Stolee, his grandchildren, nieces and nephews. He will be laid to rest in East Walle, North Dakota, where the Lutheran Church is modeled after the church in Valle, in the Setesdal Valley, Norway.

To send flowers to the family or plant a tree in memory of Thomas Carr, please visit Tribute Store