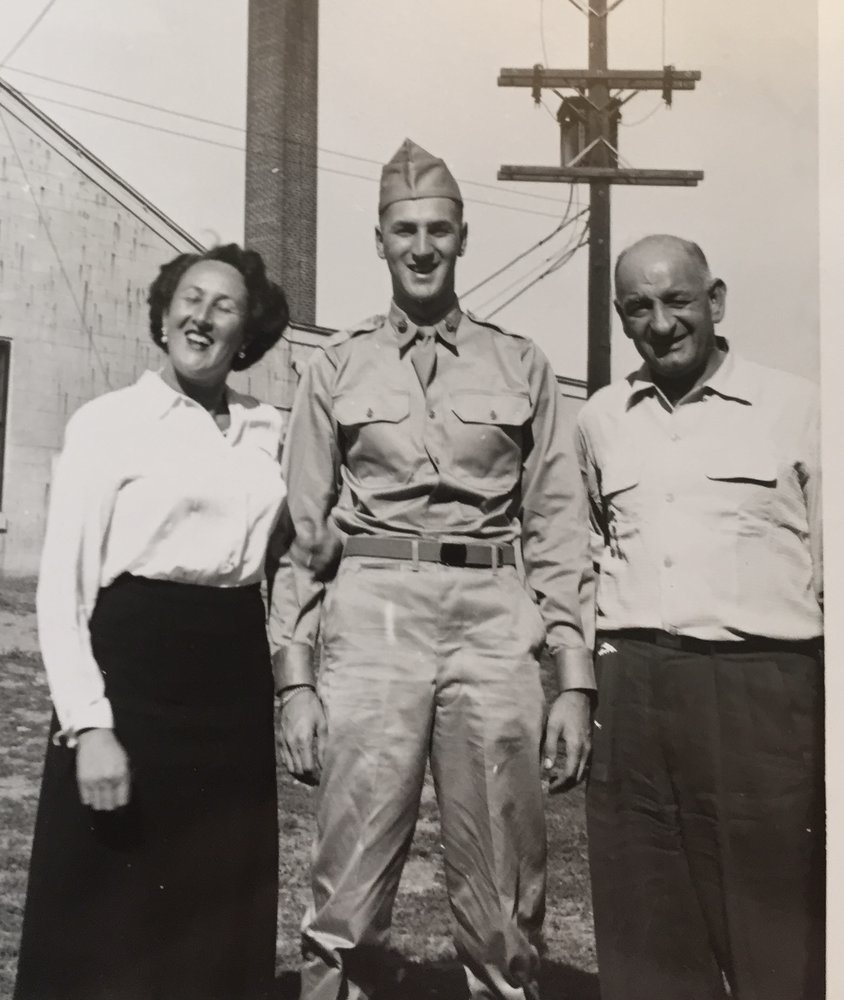 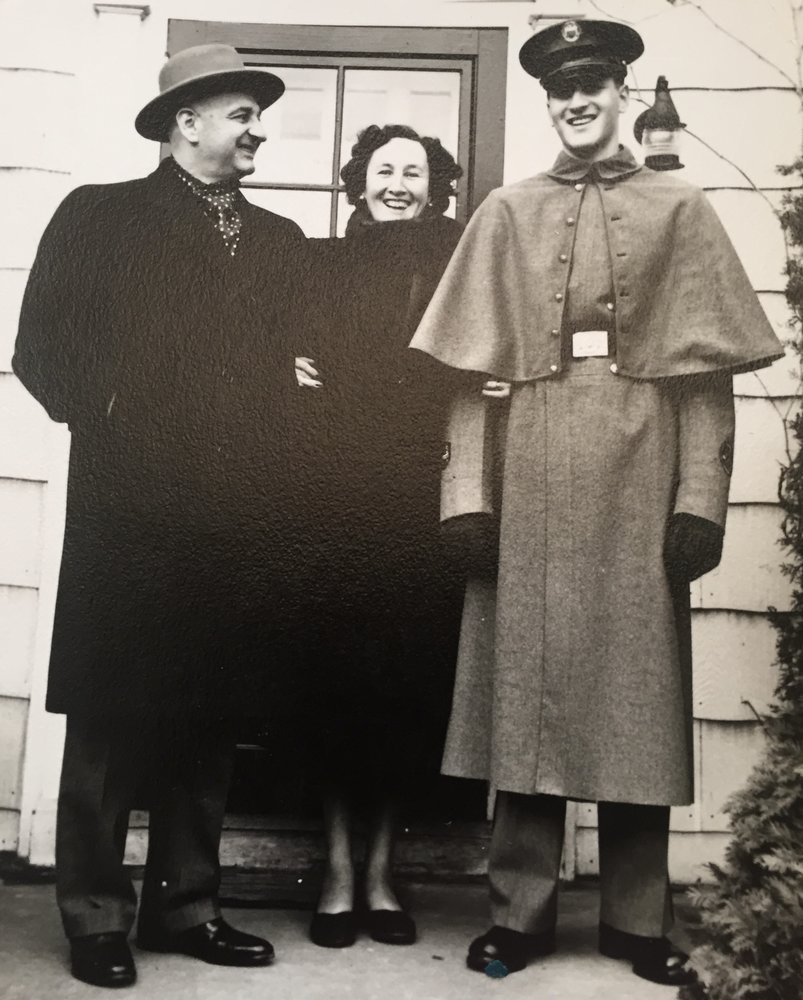 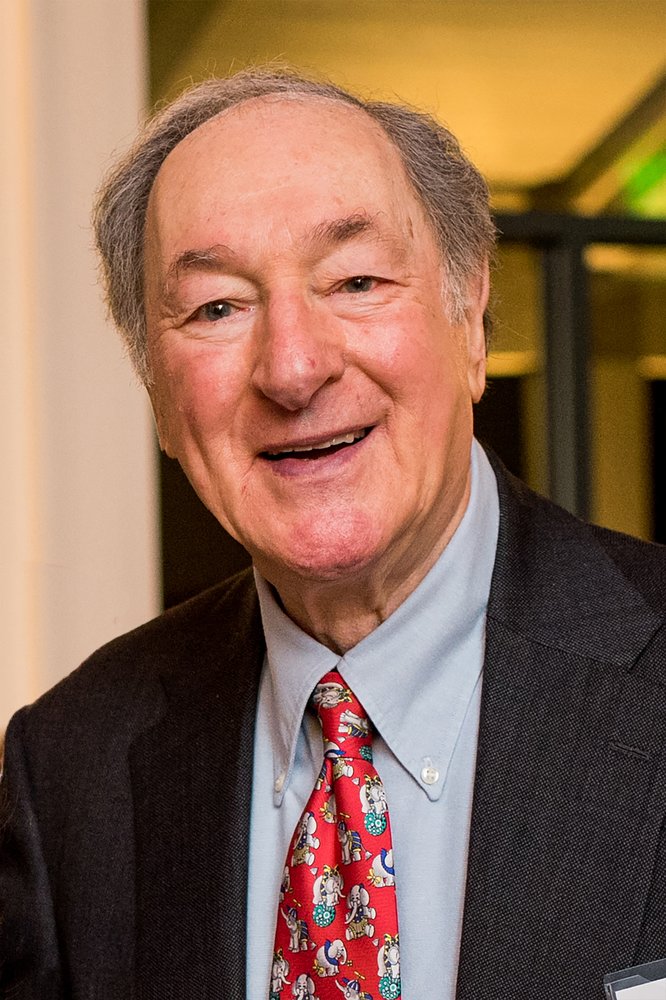 Peter R. Newman, 89, passed away peacefully on June 18, 2021, at his home in Pebble Beach. He was a loving husband, proud father, and delighted grandfather.  Theresa, his wife of 62 years, was by his side to the end.  Peter was known for his strong, personal drive and passion for whatever he did.  He was decisive and would accomplish any goal he set for himself.  He was a good friend and mentor to many.

Peter was born on April 4, 1932, in Teplice, a Jewish enclave in Czechoslovakia.  In 1938, the day before the borders were closed, he escaped the Nazi occupied country with his parents, Frank and Helen Newman.  They walked away from everything they had.  Almost all of his relatives who stayed behind were killed.  The family traveled to Rotterdam and then to Southampton.  They were able to make their way to the US because his father had an uncle living in New York who was able to obtain their visas.  Before boarding the US President Harding on November 11, 1938, for America, he spent his last night in Europe in a bomb shelter with a gas mask.  Peter was seasick for 10 days as they crossed the Atlantic.

Peter lived the American Dream.  The family settled in Manhattan where Peter first attended school.  When he was 10, they moved to Vineland, New Jersey, where his family had bought a chicken farm.  Peter would collect eggs in the morning before school.  Later, his family started a business in their garage that made and sold automobile seat covers.  His father did the sales and his mother would draw the patterns.  She and a couple employees would sew the leather and cloth covers.  Peter would install them after school, on weekends and over the summer.  This is where Peter got his first exposure to making sales, a skill that would become a big part of his future.

Peter spent his last two years of high school at the Augusta Military Academy in Fort Defiance, Virginia.  It was about 7 hours from home and his parents would visit him on weekends.  He graduated in 1951.  He went on to study finance at University of Pennsylvania before volunteering to join the US Army.  He was stationed in Maryland at the Aberdeen Proving Ground.  In 1959, upon being honorably discharged, he walked into Reynolds & Co, an investment advisor, and asked, “How do I get in this business?”  Peter was hired on the spot.  This began his illustrious career.

Peter’s life was forever changed on September 6, 1956, when he met the love of his life.  Theresa Formisano grew up on a small family farm outside of Vineland.  At the time, she worked for Allstate Insurance.  One of her duties was to pick up and deliver the mail from the post office.  It was 8:30am when Peter and Theresa first saw each other at the post office.  Peter asked the postmaster about the young lady.  He didn’t know that she had already asked the postmaster “Who is that tall man?”  The postmaster told Peter that she comes back each afternoon at around 5pm to drop off the business’ mail.  At 5pm, Peter was there waiting for her.  Being the ultimate salesman, he brought along a dog he borrowed from his mother to help seal the deal.  They went on their first date three days later.  It was double date to Atlantic City.  After dinner and a movie, he asked her “Will you marry me?’ to which she replied “I just met you!”  Over the next several years of dating he would ask her this question regularly knowing one day she would say yes.  Theresa was raised Catholic.  Her mother had another young man in mind for her but Theresa was in love.  They were married in a Unitarian chapel in New York and honeymooned in Bermuda.  Her mother attended the wedding but her father did not.  Years later he would apologize to Peter.

Peter and Theresa bought a home in Woodbury, New Jersey, and moved in after their honeymoon.  They started a family, with their son Jeffrey being born in 1961.  In 1962, the family moved to Newark.  In 1964, their son Kenneth was born.  They later bought a home in Summit, New Jersey.  In 1967, their daughter Jennifer was born.

Peter stayed with Reynolds & Co for about 5 years.  In 1959, he was hired by Bache & Co as the manager of the office in Camden, New Jersey.  In 1962, he began working out of their Newark office.  In 1974 he moved his office to New York.  He eventually had his own division and added offices in London, Paris, and Tokyo.  His clients included foreign governments, large banks, and insurance companies.  He was traveling for work 60 – 70% of the time.  He would commute weekly between the USA and his apartment in London.  Theresa would join him Europe about once a month.  It was an exciting life of wining and dining.  Peter never changed jobs, staying with the Bache firm as it went through 17 name changes, ultimately retiring from Wells Fargo Advisors.

Peter first visited the Monterey Peninsula in the mid-70’s.  His parents lived at the Park Lane in Monterey.  They would visit once a year bringing the kids out to visit their grandparents.  He remembers saying “I want to bottle this air and take it home with me to New Jersey” when driving to airport.   He knew that if he could pick anywhere in the world to live it would be the Monterey Peninsula.

After 10 years of constant traveling in the world of international finance, Peter was ready for a change.  In 1984, he decided to make the move.  They found their forever home in Pebble Beach.  Always sure of what he wants; he poked Theresa in the ribs and said “this is it” as they pulled into the driveway.  The color of the house reminded Theresa of Rome.  Everything just fit.  Theresa loved to cook and the home had a beautiful big stove which was perfect for her.  Jennifer was in high school when they moved to California.  Jeffrey was in college in Boston and Kenneth remained back east.

When Peter made the move to California, he was only able to bring with him a handful of clients.  Starting over did not deter Peter.  He worked hard and rebuilt his client base to over 300.  He eventually had the most money under management on the west coast for Prudential.  He was extremely proud to have his son Jeffrey and daughter-in-law Noelle join in the business.

Peter was very engaged in the local community.  His mother introduced him to music which he loved.  He saw his first opera in Philadelphia when he was 12 years old.  He volunteered his time with local boards, including the Bach Festival Associates and the Sunset Center, as well as being President of the Forest Theater Guild and the Carmel Music Society.  He also served on the board of the Natividad Foundation.

Peter eventually turned his attention to politics, first assisting with the Jeff Davi for Supervisor campaign.  He met Jeff through Jeff’s parents, Anita and Anthony.  Anthony asked Peter to help with his son’s campaign.  This was the beginning of his long tenure as the area’s “go-to” Republican political leader.  He worked with Bill McCampbell for Congress going up against Leon Panetta and then Sam Farr.   Peter raised nearly one million dollars in the first regular election against Farr.

In 1999 Peter led an effort to change the leadership of the local Republican Party.  He personally recruited candidates and, in March, 2000, his slate won 16 of the 21 seats.   Despite having two mild strokes between the day of the election and being sworn into office, Peter held working meetings at his home to move forward with putting his vision into action.  He subsequently served many years as the Chairman of the Monterey County Republican Party.  His success at the MCRP led to him being elected to the California Republican Party Board of Directors as a Regional Vice Chair.  He served two terms on the Board.  Peter and Theresa graciously hosted many regional, state and national leaders at their home, including Senators Mitch McConnell, John McCain, and Mitt Romney, Governors Rudy Giuliani and Pete Wilson, and Speakers Newt Gingrich and John Boehner.  He helped to elect a lot of good people during his tenure but was most proud of his friendship and mentoring of Lt. Governor Abel Maldonado.

Peter was twice a Delegate to the Republican Party National Convention and served on John McCain’s Presidential campaign “kitchen cabinet.”  Peter’s last political achievement was as the Monterey Bay Regional Vice Chair of the Lincoln Club of Northern California.  As Chairman of the Membership Committee, he helped to double the size of the organization. He dedicated himself to the club until his resignation just two weeks prior to his passing.  On the Monday before his passing, the MCRP renamed their headquarters the Peter Newman Center for Liberty and Freedom in his honor.

Peter and Theresa raised their family in New Jersey and California.  Peter would beam a broad smile as he talked about his children and grandchildren and the fond memories of their times together.  He is survived by his wife Theresa, daughter Jennifer Errico (Stephen) of Ridgewood, New Jersey, and sons Kenneth (Candace) of Inman, South Carolina, and Jeffrey (Noelle) of Carmel, and his grandchildren, Tucker Schoos, Caroline, Robert, Jack, and Emily Errico, and Alyssa and Alex Newman.  Peter and Theresa appreciated the assistance of their caretaker Litia Mafi.  The family is thankful for her kindness and care.

On Peter’s 36th birthday, his father wrote him a short letter.  He reminded Peter of the death and destruction his family endured at the hands of the Nazis.  It said in part –

“The good old U.S.A. granted us a haven.  Don’t you ever forget it.  Be loyal to its constitution and defend freedom up to your death.”

Peter never forgot.  Peter was a patriot and a defender of freedom to the end.  God bless Peter and God bless the USA.

To send flowers to the family or plant a tree in memory of Peter Newman, please visit Tribute Store

Share Your Memory of
Peter
Upload Your Memory View All Memories
Be the first to upload a memory!
Share A Memory
Send Flowers
Plant a Tree