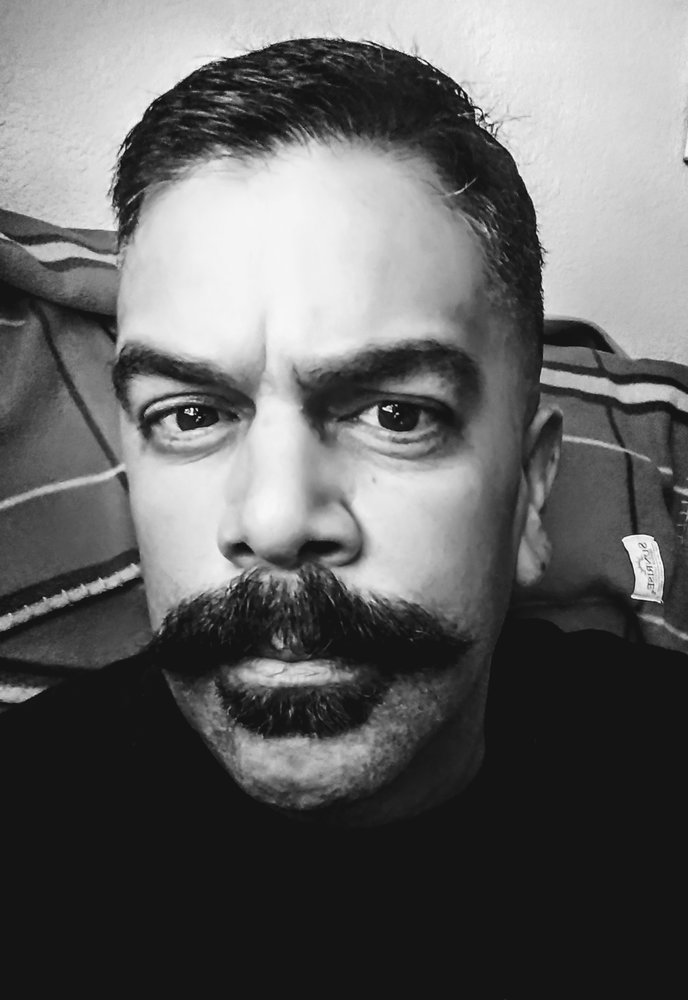 Michael Ray Jacobs was born on February 24, 1968 in Seaside, California. Michael was born and raised in Seaside and attended Seaside High School. He went to be with the Lord on July 10, 2021. He was an artist and carpenter who was passionate about his work. Growing up he attended Seaside Assembly of God and was involved in the Royal Rangers where he established his faith and relationship with God. Michael spent a lot of time with his family, always filling the room with joy and laughter by sharing memories and jokes. He had many friends whom he loved like family. Michael and Debby would love to take drives by the beach and would not hesitate to share with those in need. Michael shared his love for the Lord with everyone he met. He will be deeply missed by his family, friends, and all who knew him.

He was survived by his wife Debby Jacobs of 9 years and his son Benjamin Smith and his stepchildren Hanna Rudovsky, Kenny Rudovsky, Josh Rudovsky and Katie Rudovsky. He was preceded in death by his father Raymond Jacobs and is survived by his mother Rita Jacobs and siblings Lisa Jacobs Hernandez (Jose), Richard Jacobs, Rebecca Jacobs, Jennifer Jacobs and his cousin Yvette Oblander, who was like a sister to him. He had many aunts, uncles, cousins, nieces and nephews who he loved very much.

A Viewing will be held on Friday, July 16th from 9am-11am at Marina First Assembly of God,

Funeral Services will begin at 11am, following the Viewing at Marina

To send flowers to the family or plant a tree in memory of Michael Jacobs, please visit Tribute Store