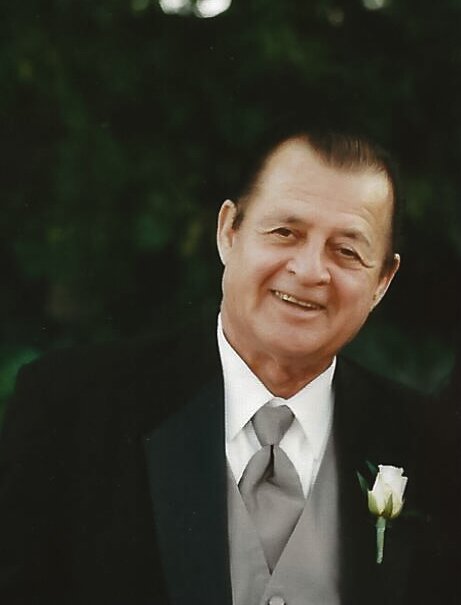 On Tuesday November 2, 2021 the angels carried Charles (Chuck) R. Curtiss, Sr, to his eternal home after a courageous and long battle with Parkinson’s Dementia. Known to his family as Sonny, Honey (by his spouse), Dad, Papa, and Great Papa, Chuck was at home surrounded by his family at the time of his parting. He was born to Charles Corday Curtiss and Christine Natalie Schillaci (both deceased) on April 15, 1935 in Daily City and lived with his family in Redwood City, CA, until the age of 6. His family moved to Catheys Valley just west of Mariposa where he lived the rest of his childhood along with his sister Catherine Rudich and brother Robert (Bob) Curtiss who both preceded him in death. At the age of 19 he met the love of his life, Judith Elaine Black who survives him. They were married on December 1st, 1956 and relocated to Monterey, CA which has been their home for the last 65 years. Chuck and Judy did not waste time starting their family, married just 10 ½ months they welcomed their first child, a daughter, Cherie D Topper (Glenn), followed by their 2nd daughter, Laura Curtiss Welsh (Rick), a son, Charles R. Curtiss Jr (Nichole) and a 3rd daughter, Kristie M Curtiss. All four children survive him as well.

Chuck proudly served his country in the Army National Guard while simultaneously owning and running a Standard Service Station. After his service, he began his career as a painter with his father in Monterey and later started his own business as a Painting Contractor. He built numerous homes in the city of Seaside with various contractors and developed a housing community in Santa Cruz as well as a Business Park in Placerville, CA. He also tried his hand at Interstate Commerce, driving across country in his Semi Trailer Truck, he nicknamed Honey. Chuck was most proud of the rental properties he developed and maintained.

Chuck who was generous, humble and honorable, had a passion for automobiles, airplanes and a great interest in anything mechanical, including the latest gadgets. He even tried developing a few of his own inventions. There was nothing that his hands could not fix or his hugs could not comfort. His biggest love was for his wife, family, friends and his dogs. He considered his dogs his family and would go to great lengths to keep them happy and healthy. His children often teased him that he spoiled his dogs more than he did them. And he did spoil his family with undying love.

Chuck always put his family first which was evident by the love he received in return. His absence in the lives of his family will leave a great void. Many will reminiscence the pleasure of hearing the beautiful harmony he and Judy shared singing their favorite songs. The memory of his quick wit, charm and ready smile will continue to warm our hearts. In addition to being survived by his wife and children, he is also survived by his Grandchildren, Glenn E. Topper III (Melissa), Alexis R. Lauderdale (Damien), Thomas M. Welsh, Aubrey J. Welsh, Charles R. Curtiss III, Nicholas R. Curtiss, Great Grandchildren, Andinn R. Martens, Glenn E. Topper IV, Lucas E. Topper, and step Great Grandson’s Joseph Lauderdale and Jacob Lauderdale.

The family would like to express their gratitude to Chuck’s physicians, Dr. Koostra, Dr. Mikas Martin, Dr. Hausdorff and Dr. Shah. They are grateful for the care provided by Chuck’s Caregivers, Jennifer, George, Ann, Teresa, William and his sister-in-law and niece, Kathy and Denise.

Funeral Services for Charles Curtiss are planned for viewing at Mission Mortuary on November 20th from 9:00 to 12:00, followed by a Church Service at Cypress Community Church to start at 1:00 pm. Intermit will follow the service at San Carlos Cemetery.

In lieu of flowers, contributions can be made to Animal Friends Rescue Project, The Michael J. Fox Foundation, and American Parkinson’s Disease Association.

To send flowers to the family or plant a tree in memory of Charles Curtiss, please visit Tribute Store