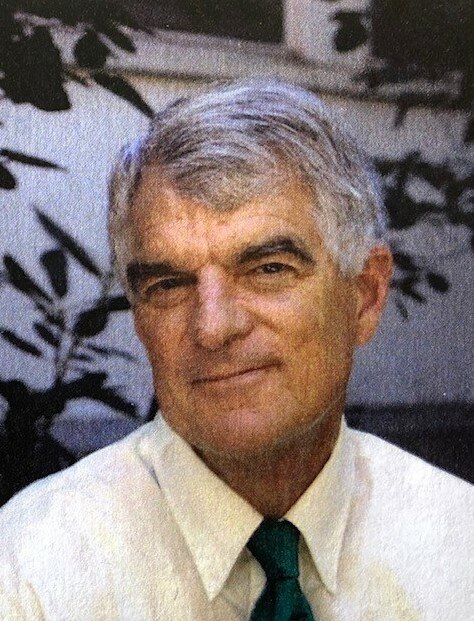 Arthur Hugh Latimer died peacefully in his sleep in Carmel Valley, California, on October 9, 2021. He is survived by his sons, Andrew and Barney; his daughter-in-law, Jane; his grandchildren, Leo and Susannah; and his sisters, Ellen, Tirza, and Françoise. Arthur was born in Oakland, California, on September 26, 1940, to George Andrew Latimer and Marian Jones Latimer. He was married to his beloved wife, Kate Millham Latimer, for over fifty years until her death last year.

A graduate of Dartmouth College, Oxford University, and Harvard Law School, Arthur worked briefly as an attorney, then for many years as a US federal magistrate in New Haven, Connecticut. He returned to Yale Divinity School in his mid-fifties to pursue his calling as a minister in the United Church of Christ. A successful and long-lasting kidney transplant greatly prolonged his healthy life and this second career. Arthur’s ministry combined loving pastoral care of his parishioners with rich, novel interpretations of scripture, which he would translate from Hebrew to English himself, plumbing the depths of the original text for revelatory insights into word and image. He worked with Kate as copastor at many churches in Connecticut and continued guest preaching and leading bible study until this year.

In retirement, he and Kate moved west to Carmel Valley Manor and quickly became integral parts of that community as well as Carmel Valley Community Chapel, Congegation Beth Israel, and local music groups. His love of music—he was a skilled French horn player and avid singer—infused his life and brightened the lives of others in and out of church. Arthur’s deep empathy and roving intellectual curiosity were paired with a brilliantly zany sense of humor that lifted a family tradition of wordplay to new heights. Reverend Rick Yramategui will lead a memorial service for both Arthur and Kate on November 14 at 2:00 p.m. at Hidden Valley Music Seminars in Carmel Valley.

To send flowers to the family or plant a tree in memory of Arthur Hugh Latimer, please visit Tribute Store