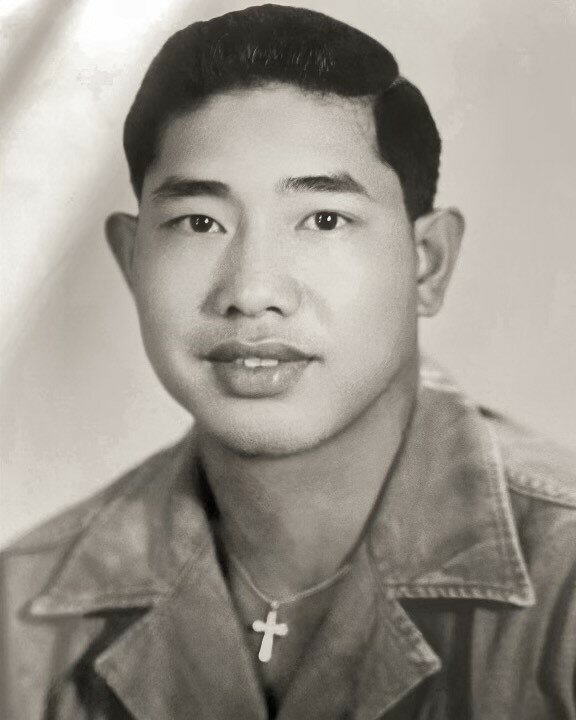 Lorenzo Thompson, known to many friends as “Tom”, passed away peacefully with family by his side at Community Hospital of Monterey Peninsula on November 23rd, 2021, at the age of 80. He was a loving and devoted husband, father, and grandfather.

Lorenzo proudly served in the US Army for over 20 years and retired as 1st Sergeant, including tours in both the Korean and Vietnam Wars.

Lorenzo enjoyed a loving marriage of 61 years to his lifetime sweetheart, Elsa. Together they made their home in Marina, CA and raised a family of four children.

Lorenzo most enjoyed taking his family on far-away road trips to go fishing, camping, or to visit many wondrous attractions. He took great pride in his family and always enjoyed being surrounded by his children, grandchildren, and great-grandchildren.

Funeral services will be held on Thursday, December 9th at St. Jude Catholic Church in Marina. The viewing will begin at 9:00am and Mass will begin shortly after at 9:30am. The burial service will take place at 11:00am at the California Central Coast Veterans Cemetery in Seaside.

Lorenzo will be greatly missed by family and friends. We will hold his memory in our hearts forever.

To send flowers to the family or plant a tree in memory of Lorenzo Thompson , please visit Tribute Store
Print
Share A Memory
Send Flowers