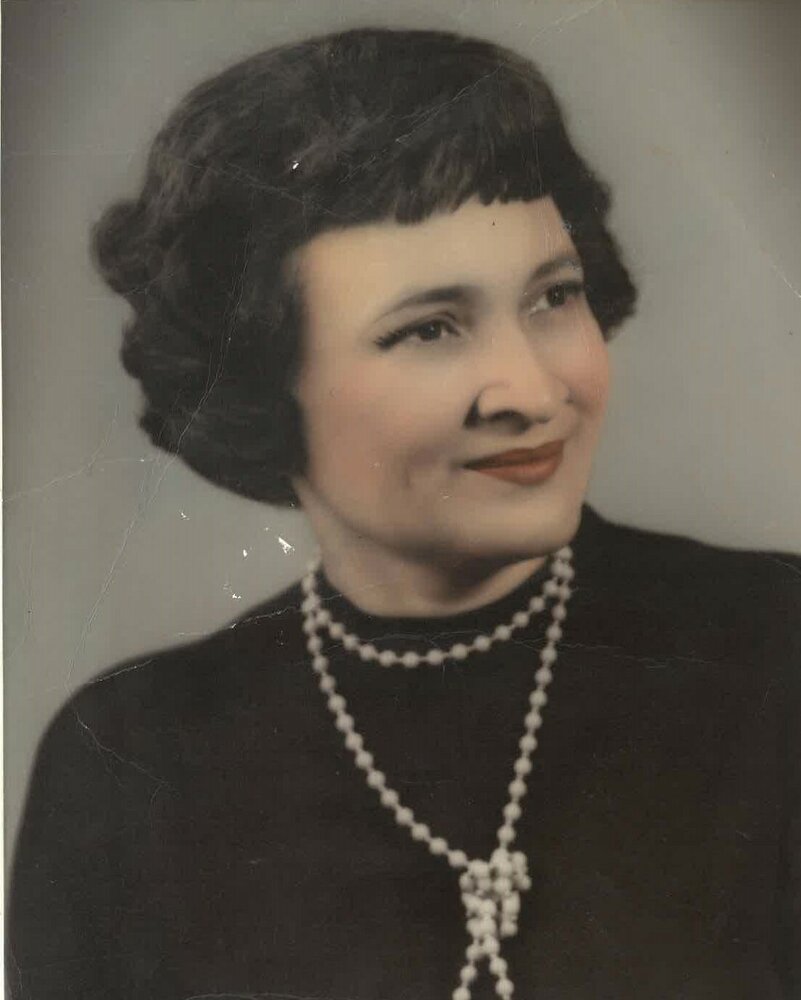 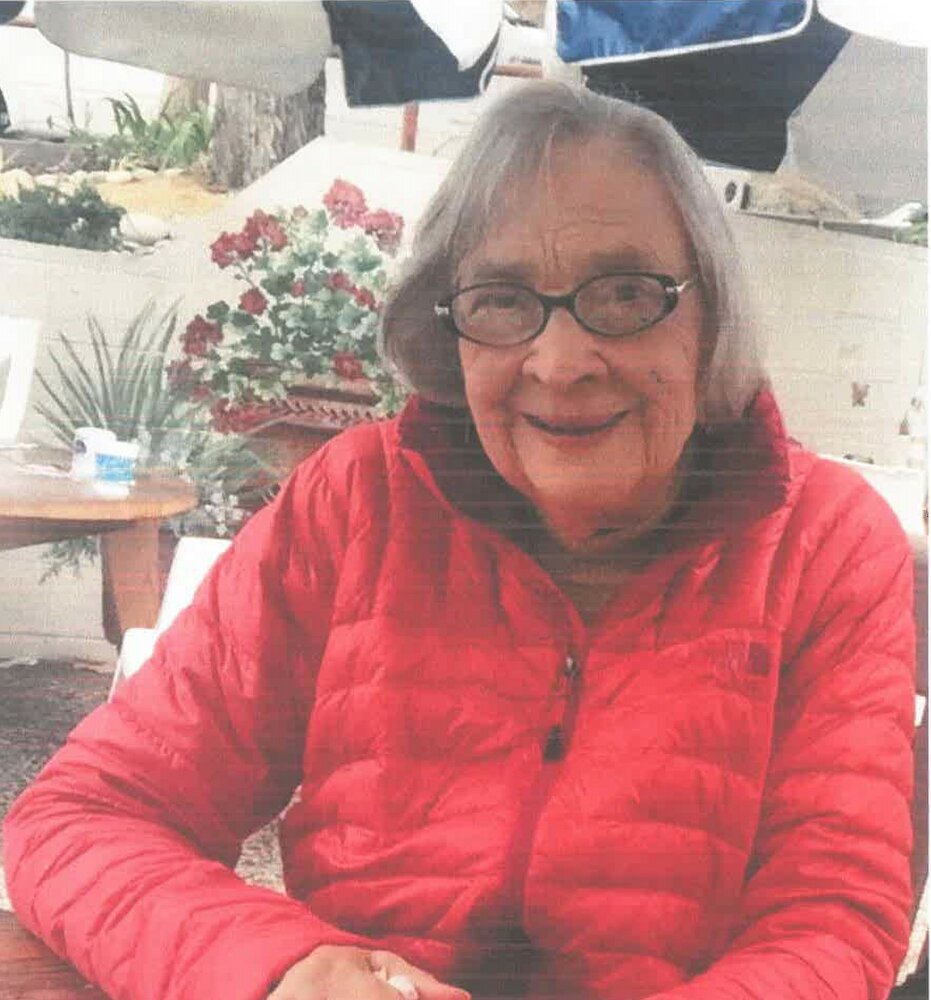 Mamie Bland Todd passed peacefully in her sleep on the early morning of April 8th in Pacific Grove, CA, her home for the last 14 years. She was 105 years old and will be dearly missed by all who knew her.

Recently praised by former Senator Barbara Mikulski as a “national legend in child protection,” Mamie spoke passionately about the need for more to be done in support of vulnerable children and shared prodigious stories from her career in social work until her last days.

An inspiring role model and trailblazer who cared deeply about all people, Mamie was proud to be the longest living member of a six-generation NAACP family. Her grandfather & hero, Edward David Bland, was the first family member to join the organization. He was born into slavery, served in the Virginia State Legislature, and helped lead a multi-racial populist movement that created the Historically Black Virginia State University, expanded Virginia Tech, and helped secure the future of free public education for the children of the Commonwealth. Following in his footsteps, Mamie fought fiercely for the fair treatment of all children and their equal to access to quality education.

Signs of her commitment and courage were evident from an early age. At age 13, her beloved father, who, she said, told her “girls can do anything boys can do,” gave her a broken down Model A Ford and said that she could drive it when she got it running. A year later, with a working truck and a special county license, she drove her five siblings to a one-room schoolhouse. It was the first for “colored children” in the county and had been built on land donated by her grandfather. When it was time to attend high school, she moved to live with an aunt in the nearby town of Petersburg to study at the secondary school established on the grounds of Virginia State College (now Virginia State University, an HBU). She continued her education by attending college there where she joined the Delta Sigma Theta Sorority, earned her BS degree with honors, and met Edward Jerome Todd, a fellow student who became the love of her life.

Following graduation, Mamie taught algebra in a local public school. As she would recount decades later in 2009 for NPR's Story Corps, she was outraged to find that they were expected to teach without the necessary books and supplies or even a chalkboard that retained chalk. In her typically fearless style in the face of unfair adversity, she confronted the segregated school system's superintendent and convinced him to deliver new supplies to her school.

In 1941, as part of the “Great Migration,” Mamie and Jerome left Virginia to settle into married life in Baltimore Maryland where Jerome had a job working on the

B&O Railroad. They became members of St. James Episcopal Church and lived in West Baltimore near many extended family members.

Mamie worked at Planned Parenthood, while also volunteering to watch Juanita & Clarence Mitchell’s children when Juanita ran and organized local NAACP meetings. Looking to be of greater support to the children in her community, she later worked as a caseworker for Baltimore’s Dept. of Public Welfare. The “great suffering” she witnessed inspired her growing dedication to reduce social oppression. After Jerome left the railroad to build a career at the Maryland State Department of Juvenile Services, they frequently assisted children of the same families.

In 1952, she supported her daughter Ann's decision to join other young NAACP activists and be a named plaintiff in a lawsuit to desegregate Baltimore's Western High School for Girls. Ann would go on to be the first Black news editor of Western's school paper and one of its first Black graduates.

In 1953, Mamie received a Master of Social Work degree from the University of Pennsylvania. Soon after, she began a crusade to stop the exploitation and abuse of Baltimore's most vulnerable children. She ultimately led the development of the State of Maryland’s Social Services Administration’s Child Protective Services Agency. Her goal was both to ensure that suspected child abusers be investigated by qualified professionals and to make sure that abused children received therapeutic treatment. Along the way, she helped inspire and train legions of future social workers, including a young social worker and future U.S. Senator, Barbara Mikulski. Mamie played a significant role in establishing the University of Maryland School of Social Work and led the effort to make Maryland one of the first states to establish undergraduate social work degree programs at its public universities.

In 1958, with her only child off to college, Mamie and eight women friends interested in the arts and aware of the limited opportunities available to African American artists created The Pierians, an organization unique to Baltimore and Maryland and dedicated to the study, promotion and enjoyment of the arts. Currently, that organization, now Incorporated, has 14 chapters in 9 states, its latest chapter formed in 2015.

In 1982, following retirement, the Todd couple moved to their summer house in West Cape May New Jersey where they joined the Episcopal Church of the Advent, continued to be of service in several volunteer capacities, provided marvelous memories for their grandchildren and, as always, lived in a circle of loving and beloved family members and friends.

Following her husband’s death in 2006, Mamie moved to Pacific Grove, California to be geographically close to her nuclear family. Still vital at age 92, she chose to

live independently at Canterbury Woods Retirement Home where she was able to volunteer for as long as was physically possible, to make many beloved new friends, to play bridge (a game she had enjoyed since retirement), to have continued connection with her large east coast community, and to have lots of relaxed family time.

Mamie was very interested in the work of Monterey County’s The Village Project, Inc. and enjoyed long conversations with Kevin Philipps, a local Episcopal priest (now deceased), as well as with her friends and family members. Her strong and loving presence and her many personal stories provided wonderful inspiration for her great grandchildren.

In 2018, she received the President’s Award from the Monterey County Branch of the NAACP for a lifetime of Civil Rights Activism & Commitment.

A celebration of her life is scheduled for August 6 to allow for the presence of her school-aged family members.

To send flowers to the family or plant a tree in memory of Mamie Todd, please visit Tribute Store

Share Your Memory of
Mamie
Upload Your Memory View All Memories
Be the first to upload a memory!
Share A Memory
Send Flowers
Plant a Tree