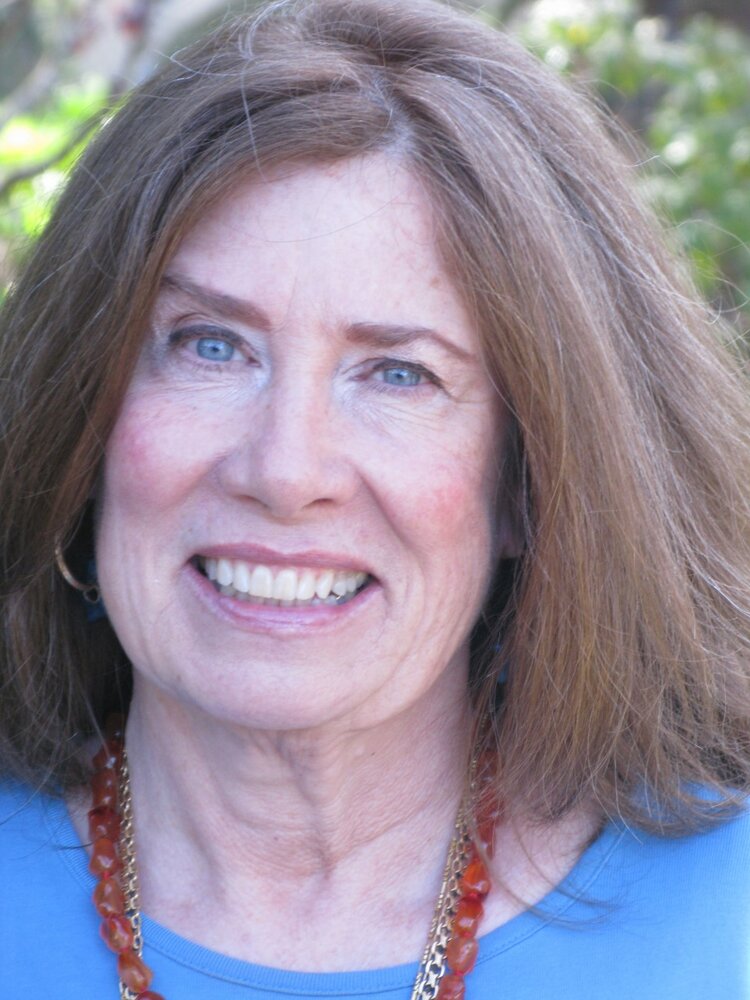 Patricia Alice Meehan Vásquez was born on November 29, 1945 in Washington, D.C. to Stephen and Alice Meehan. She was the oldest of four siblings (Maureen, Stephen, and Kathleen), and grew up in a small home in Bethesda, Maryland. Her parents were originally from Boston, and all of the Meehan children grew up with an unflappable pride in their 100% Irish catholic heritage. Throughout her youth, Pat was an exemplary student, and her love of books and adept ability with language were her signature hallmarks from an early age.

After graduating from the University of Maryland, College Park, where she had been an active member of the school’s SDS chapter, she went to Chicago to work as a book editor for a new poetry division of Follett Press. While in Chicago, Pat quickly became quite a star in the local publishing scene, and by 1973, she had been lured away to New York City to work as an acquisitions editor first for Dial Press and then for by the publishing behemoth, Simon & Schuster. From the vantage point of her elegant Rockefeller Center office, Pat made the most of living an exciting Big City life, making more than enough vivid memories to provide her with glamorous stories for decades. And New York is also where she fell in love with the truly one-of-a-kind George L. Vásquez, and they were married in the UN Chapel April 5, 1975.

In 1978, Pat and George embarked on a nearly 10 year adventure abroad. The adventure began with a brief but memorable stint in Birmingham, Alabama, where Pat and George welcomed the birth of their first daughter, Kelly. Six months later they moved to a trailer in the middle of the desert along the Persian Gulf in Saudi Arabia. Essentially overnight Pat went from a high-powered NYC executive to not being able to work, drive or even walk unescorted in public.

But, in a style that only Pat could muster, she spent the eight years of her time in Saudi still managing to find ways to live life to the fullest. She adored being a mom and lavished love and attention on first Kelly and then Kerry too. She developed her own (wholly illegal by Saudi law) at home “Blockbuster Video” by having friends and family record shows in the US and then mail them to her in Saudi, where she set up a video club that, by necessity, had to operate in strict secrecy. But despite the significant obstacles, by the time the family left Saudi in the late ‘80s, her video operation’s collection had grown to an impressive array of over 4,000 Betamax copies of everything from Sesame Street episodes to Dirty Harry. She and Kelly also got to accompany George on many of his numerous work trips, and so got to experience the rich cultures, food and peoples of places as varied as Sri Lanka, Holland, Italy and the Philippines.

In 1983, over five years into their Saudi adventure, Pat and George welcomed their second daughter, Kerry, who was born at Queen Charlotte’s Hospital in London, so as to avoid the notoriously unreliable Saudi medical system.

By 1986, the family had finally left Saudi for good, first moving back to New York City briefly, and then returning to London, which had become and always remained Pat’s favorite city. By the end of the 1980s, though, the family moved internationally once again, this time to the San Francisco Bay Area. George likes to recall that when he first met Pat, she told him that it was her dream to one day live in California. But neither of them would ever have believed at that point that California would end up becoming their home for over 30+ years.

Over the decades, they lived in Woodside, Menlo Park, Carmel, Pacific Grove, Monterey and finally Seaside. These moves allowed Pat to develop a love and talent for home renovation. Then, in the late 1990s, she rekindled her professional career, working for a couple of large educational publishers, an international women’s news website and even teaching both preschoolers and college students.

Throughout her life, Pat’s quick wit, warm spirit, tremendous love of books, movies, children and animals were obvious to everyone she met. She thought the absolute world of her two daughters, and got copious amounts of joy from the ever-present family menagerie of pets that over the years included numerous dogs, cats, horses, birds (including a stunning blue and gold macaw named Rio whose absolute favorite person was Pat), fish and lizards.

Sadly, the last few years of Pat’s life were severely marred by increasingly bad Alzheimer’s dementia, which eventually took her life late in the evening of September 4th. Pat’s vivacious attitude, great smile and strength of spirit will be remembered with love and gratitude by all who were lucky enough to know her. In lieu of flowers, the family has asked that friends and loved ones consider making a donation to the family’s fund set up to help cover the significant costs they incurred as a result of caring for Pat as her Alzheimer’s steadily worsened over the last three and half years. To donate or to get more details, please see their GoFundMe page at: https://gofund.me/d3dd1b96

To send flowers to the family or plant a tree in memory of Patricia Vasquez, please visit Tribute Store

Share Your Memory of
Patricia
Upload Your Memory View All Memories
Be the first to upload a memory!
Share A Memory
Send Flowers
Plant a Tree