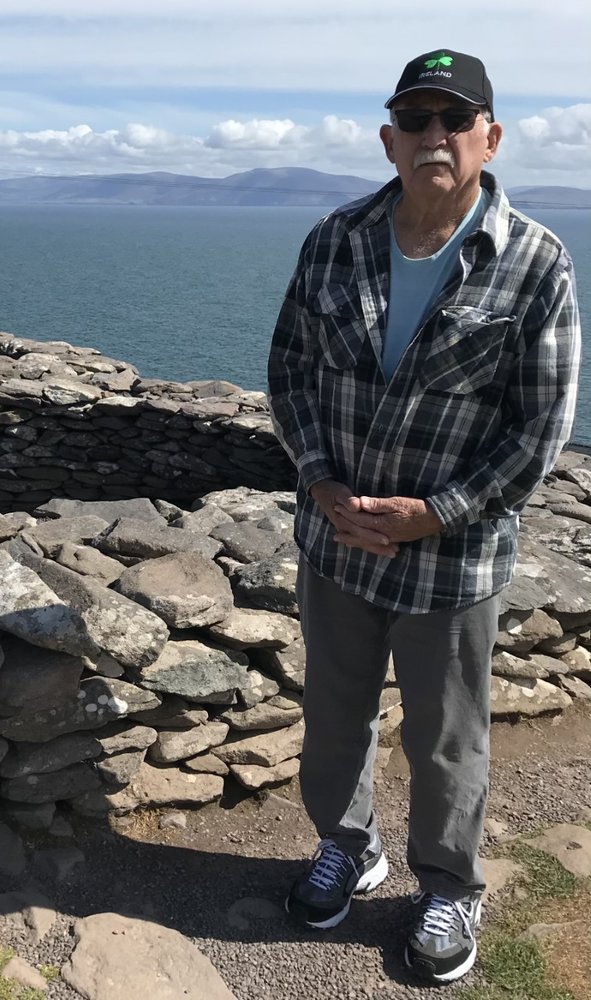 Marvin Fred “Bud” Stofer was born March 18, 1945 in Glendale, CA. He grew up in Burbank and attended John Burroughs High School. He still had lifelong friends from that time and spoke with them often. Bud had tremendous pride carrying the name Bud Stofer, as he was named after his uncle that died in World War II when his B-17 plane crashed during combat. It was with pride, Bud carried on his uncle’s tradition by entering the U.S. Army and protecting his country. He was very proud of being a veteran and spent many hours discussing it with his grandson, Cody.Bud lived in Seaside, CA and turned 75 the day Monterey County was put into Shelter in Place. In May he was diagnosed with ALS and quickly succumbed to the disease a few months later. While peacefully resting at home, surrounded by family, Bud gained his angel wings November 19, 2020.Bud and Becky married on June 25, 1983 in Kings Beach, Lake Tahoe, CA bringing together a combined family of three daughters and one son. They started their married life in Citrus Heights, CA and spent many happy days with their children and grandchildren, Aaron, Rachel, BreAnna, Alison, Nick, Andrew, Amanda, Samantha and Jake. They had an adventurous 37 years together, having started multiple businesses throughout the years. He was also a volunteer firefighter and EMT for both Butte and Trinity Counties. His greatest accomplishment was co-founding Monterey Signs with his wife, daughter and son-in-law, Anjanette and Shawn Adams. Truly a family run business, they worked out of their garage for three years, all sharing a property together in Castroville, CA. In 2011, both Monterey Signs and Bud & Becky moved to Seaside, CA. Eventually they left the day to day business and focused on being amazing grandparents to Cody, Taylor and all of their friends that they watched grow up with them. Bud also enjoyed working at Home Depot. He made many friends there. He always wanted to leave everyone a little happier than when they came.While living in Seaside, Bud, Becky and their German Shephard, Shilo brought the community together to create a beautiful dog park in their beloved city. After Shilo passed, Anjanette encouraged them to take a dream vacation anywhere in the world. This led them to spend a month touring Ireland in 2019. After that, Bud planned a second vacation cruising the Panama Canal in January 2020. Seeing the Panama Canal had always been a dream of his.Bud is survived by his wife, Becky, his children, Anjanette and her husband Shawn, Shelby and her husband Tim, Eddie and his wife Trista, Terri, his brother, Gary and sister-in-law Mimi. He is also survived by his grandchildren, great-grandchildren, nieces, nephews, cousins and his little rescue dog, Christi. She brought him great pleasure in his last days.Bud’s funeral is a private ceremony. “A Celebration of Life” will hopefully be held in March 2021.Should family and friends desire, we kindly request that contributions are made to one of the following, in Bud’s name:International School of Monterey:ismonterey.com/giveThe ALS Association Golden West Chapter:www.alsagoldenwest.org

To send flowers to the family or plant a tree in memory of Marvin Stofer, please visit Tribute Store

Share Your Memory of
Marvin
Upload Your Memory View All Memories
Be the first to upload a memory!
Share A Memory
Send Flowers
Plant a Tree