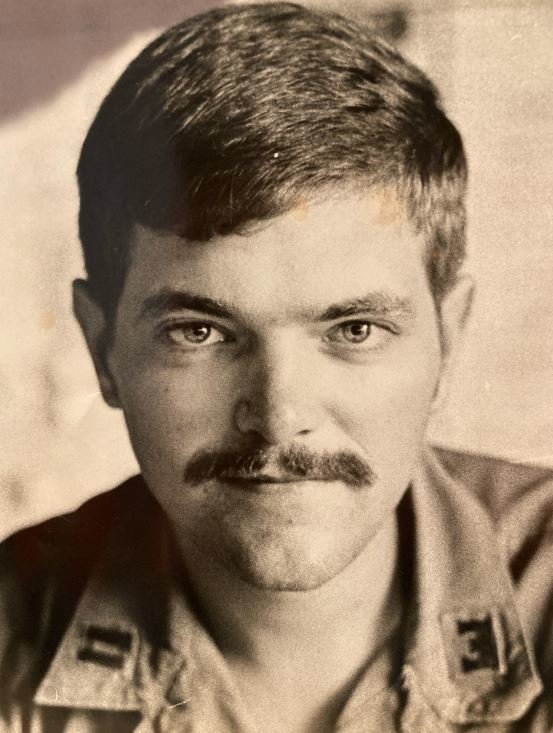 Willard Philip McCrone passed away late on Sunday, February 7, just as he wished to: asleep in bed, in his home of 34 years, after spending the weekend surrounded by his family.  Having lived (in order) through the Vietnam War, his beloved “Age of Aquarius,” four heart attacks, a heart transplant, and two amputations, he was dubbed--lovingly, endearingly--“La Cucaracha” because it seemed that nothing could kill him; cancer of his liver, lungs, and bones finally did.  He was 74.

Bill was born December 28, 1946 in Washington D.C. to Gertrude (Vaughn) McCrone and his namesake, Willard Paul McCrone.  As an army brat, he grew up between Texas, France, and Virginia.  He was accepted to West Point Military Academy, where he became a combat engineer.  After completing the U.S. Army’s Ranger school, he was assigned as a Captain to the Panama Canal Zone and then Vietnam, to build bridges, in 1970.  For one of his missions, leading a surprise nighttime assault to open a Laos road immediately vital to a South Vietnamese offensive, he was awarded a Bronze Star for valor.  It was in Vietnam that he was exposed to agent orange, which directly caused his heart problems later in life.

On his way to an Army football game as a West Point cadet, he was unfairly ticketed during a flagrantly excessive traffic stop, and he vowed to never again be taken advantage of by those in authority, so he decided to become a lawyer.  He received his law degree from the University of Virginia in 1974, and still owing service to the Army was stationed in Fort Ord as a defense lawyer in the Judge Advocate General’s Corps.  During this period, he met Carol, a fellow soldier seeking his legal aid, who would later become his wife of 34 years.  When he left the Army, he moved to Carmel and started a law firm; he continued to practice business and real estate law in Monterey County until he retired in 2016.

Service to country and community was an essential part of Bill’s character.  He served as a member of Monterey’s Family Resource Center Board of Directors, Parks and Recreation Commission, Planning Commission, and the Old Monterey Foundation Board--he has been an integral advocate for the San Carlos Beach Park, the Monterey Sports Center, the skate park behind Dennis the Menace Park, and the Lower Presidio State Park. He ran two campaigns for a seat on Monterey’s City Council and one campaign to become mayor.  He lost these races, but his inclusion sparked ongoing local discourse about transparency of government, especially concerning “sweetheart” real estate deals for businesses at the Wharf.

Bill was a loving husband and father, an exemplary citizen, and a singular raconteur who left an indelible mark on the City of Monterey, and will be incredibly missed by everyone lucky enough to have known him.  He is survived by his wife, Carol; his children, Trudy, Jack, and Ian; his older sisters, Pat and Susan; and his granddaughters, Amara and Valerie.  He was buried on Tuesday at San Carlos Cemetery.  In lieu of flowers, memorial contributions can be made to the Old Monterey Foundation.

To send flowers to the family or plant a tree in memory of Willard McCrone , please visit Tribute Store

Share Your Memory of
Willard
Upload Your Memory View All Memories
Be the first to upload a memory!
Share A Memory
Send Flowers
Plant a Tree