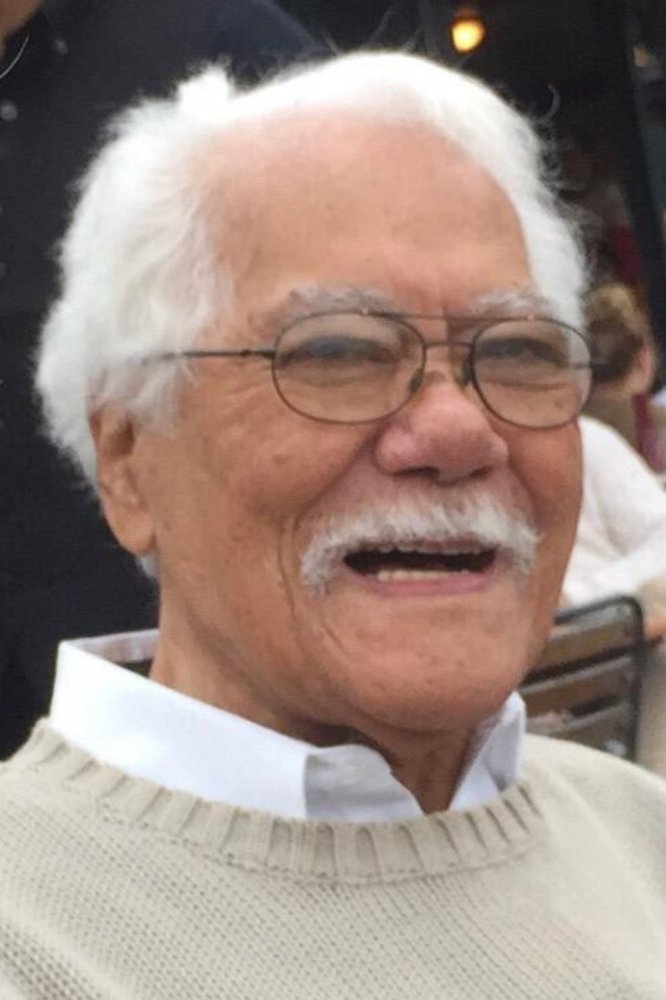 On Wednesday March 31, 2021 Emilio Marciano Lombre, a wonderful husband, father, and human being, passed away at the age of 92. Emilio passed from Pneumonia in his final days after courageously battling lung cancer. Emilio had an enthusiasm for life and it showed in his independence and pride. For the last 18 years of his life he enjoyed living in Pacific Grove, California with his family.

He was born in Washington D.C. in 1929 to his beloved parents, Fruelan and Elise Lombre. Emilio was the youngest of five children. His father arrived from the Philippines in 1904 at the age of 12 and many years later he married a beautiful girl from Hawaii. In 1946 Emilio’s father became a US citizen, a proud moment for the Lombre family.

Emilio’s father always wore a suit at the dinner table. Perhaps this is where Emilio got his dapper charm. Emilio was debonair and appreciated style, especially in his love for hats, jackets, and bags. He was uniquely and wonderfully his own person who was a charming and playful character with his loved ones. He had a witty sense of humor. He never complained and always had a smile. He was a sweet and beautiful man who brought smiles to everyone. Emilio admitted to being spoiled, as he was the youngest of five children. His favorite time of year was Christmas, due to his very fond childhood memories of ceiling high Christmas trees surrounded with presents and family.

Emilio was awarded many recognitions during his time in the US Army along with two Bronze Stars while fighting on the front lines in the Korean war. He was a private and very quiet man who seldom spoke about his service.

His career was versatile and spanned many interests. He shared two pivotal moments while working at Mare Island, where he worked on nuclear reactors. Emilio was the first person on the West Coast to pull a spent nuclear rod from a reactor after GE engineers hand selected him. He inspected the last weld on a submarine waiting to pull out, designed by the famous nuclear submarine designer, Admiral Rickover. He earned a BA in communications and a certificate in his passion, Hotel/Restaurant Management. He enjoyed life in Pacific Grove as he spent time driving guests of Pebble Beach around the scenic ocean views and in his other favorite place, San Francisco.

His family would like to say special thanks to the Pacific Grove Fire Department and the Community Hospital of the Monterey Peninsula for their love and care.

Emilio was a true gentleman and was proud of the life he lived and the family who loved him. He will be desperately missed and fondly remembered.

To send flowers to the family or plant a tree in memory of Emilio Lombre, please visit Tribute Store