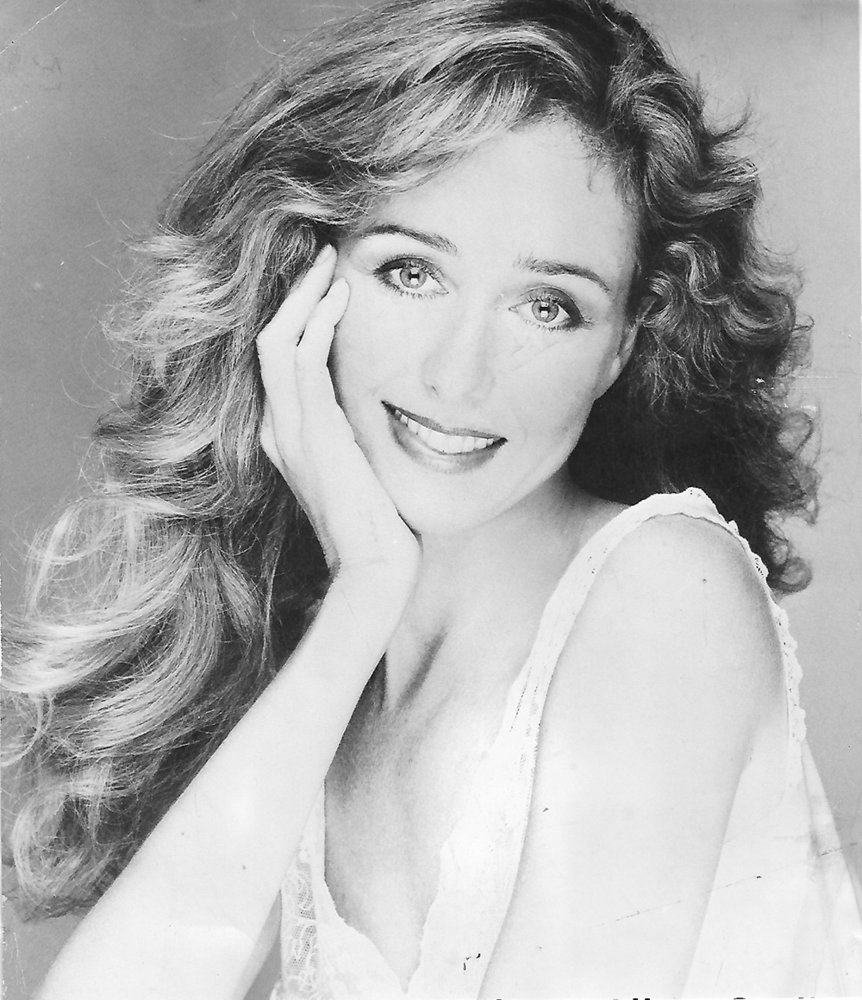 Jacqueline Carlin Melcher passed away peacefully in her sleep on July 1st, 2021, after a year-long battle with cancer. She was 78 years old. She loved her friends and family fiercely, and had a close relationship with God and the church community. She leaves behind one son, Ryan Melcher, who cared for her to the end, with the incredible support of Ryan’s girlfriend, Brittney Giammanco, and her sister, Charity Walton-Masters, whom she loved dearly. She was preceded in death by her father, Edward Walter Carlin, her mother, Gertrude Elizabeth Carlin, her sisters, Trudy Rutledge and Pamela Plant, and her husband, Terry Melcher.

Following college, Jacqueline moved to New York City, to pursue what would become an extremely successful career as a fashion model with the Ford Modeling Agency. She appeared on Saturday Night Live, The Tonight Show, and had bits and pieces in movies of the time, such as “Thank God It’s Friday,” and persevered for many years in the industry. She kept in close touch with many of her friends of the time, even to the end of her life.

Many have said that Jacqueline was the strongest person they had ever met, sometimes referring to her as a “force of nature.” Once while cutting through Central Park in New York on her way home, she was mugged at gunpoint, and simply told off the assailant who demanded her purse. He followed her all the way across the park, to her building, and as she walked inside to retire for the evening, asked her out on a date (she said no thanks).

While modeling, Jacqueline had the foresight to purchase two landmark properties on the island of Martha’s Vineyard, MA — one sprawling piece of vacant oceanfront land, and one small cottage further up island on the beach. She would later bring her family there for many beautiful summers full of sailing, gardening, designing homes, and enjoying lifelong friends whom she held so dear. Her son, Ryan, and husband, Terry, spent time lobstering and fishing, and fell in love with the island that she loved so much. She threw weekly volleyball tournaments at her beach, clambakes and gorgeous tiki-torch-lit evening dinners. She always invited everyone and taught that one should always include all. She eventually designed and developed a large family home on the island, which she would later dub, “The Great Gatsby,” and create a luxury rental empire on both the East and West Coasts, renting and throwing events for celebrities and foreign dignitaries, alike. She was focused on creating a community, and brought many people together into a community that still stands today.

In her 30s, Jacqueline moved out West and bought an adorable home in the Hollywood Hills, on Woodrow Wilson Drive, with a little pea-shaped pool on the end of a flag lot, overlooking the canyon. This is where she would later bring her first and only son, Ryan, home from Cedars-Sinai hospital. She sometimes fostered children in orphanages, taking them out to movies and meals, buying them clothes and showing them that there was good in the world. She would stay in their lives for many years, sometimes helping their families later in life.

In her late 30s, Jacqueline had a run-in with cancer. Instead of undergoing chemotherapy and radiation, she chose to instead take up a strict macrobiotic nutrition plan. She was the first of her friends to start eating yogurt and doing yoga! She would spend the rest of her life focused on keeping a balanced, alkaline diet, which she would often share with friends and strangers, alike, in the hopes of setting others on the right path to health. She always believed in the power of the mind and treating one’s body as their temple, and proved time and time again in life how real that was.

Jacqueline’s son, Ryan, was the light of her life. He was born May 21, 1983. She and his father, Terry Melcher, raised him at her Los Angeles home, until their eventual move to Carmel, CA, when Ryan was 3. They lived in the guest house at her mother-in-law, Doris Day’s home, in Carmel Valley, while Jacqueline designed and built what would be their longtime family home in Carmel — a beautiful Mediterranean home overlooking the Santa Lucias and Pacific Ocean. She loved design and would continue designing and building beautiful homes in Carmel for many years, expanding her rental business. She loved to create beauty in homes, decorate, and throw incredible events for the community.

In the late ’80s, Jacqueline and Terry, along with Terry’s mom, Doris, bought into a half-ownership of the Cypress Inn in Carmel. Jacqueline spent time helping improve the decor and ambiance, and hosted many events and gatherings there, often for Doris and her animal foundation, the Doris Day Animal League.

In 1993, Jacqueline spearheaded and organized a large, televised, weekend event entitled, “Doris Day’s Best Friends,” at the local Quail Lodge, then owned by the late Ed Haber, and his wife, Terry Haber, dear friends to the Melcher and Day families. Jacqueline worked tirelessly, around the clock for over a year, to make it perfect, as she did everything.

It was a tremendous success, with celebs, fans and friends from all over the world in attendance. She convinced Doris to get up and sing with her old band, from whence she was originally discovered prior to her career in movies, Les Brown and the Band of Renown.

Jacqueline loved family, and loved having her sisters and brothers and their families come and visit her Carmel family compound during the holidays. She made many friends who became like sisters and brothers to her. She taught her son and those around her, her principles, which she lived her life by, uncompromisingly. She encouraged her son, Ryan, to pursue his love of real estate and design, until he became a prominent Realtor and developer in the community. She never gave him anything monetarily, even when she still had it to give, because she believed in tough, unconditional love — in helping people help themselves. She was always finding ways to give, be it by helping guide others, by raising money for children and animals, and any way in which she could bring about some goodness of any kind. Many have said that in even her busiest of times, she always took the time to stop and listen to someone, to hear what was going on in their lives, and to encourage them to be the best version of themselves, all while maintaining herself a fierce and focused fighter. She seldom complained, and had an infectious sense of humor; always the life of the party. She had vision and foresight, and a creative eye like no other.

Jacqueline always did what she felt in her heart was right, for better or for worse. She fought without compromise for her principles, and for what she believed in, and was always proud of that. “Always be positive, and never give up,” she would say.

Jacqueline, mom, sister, fighter, the one who always stood up for the weak and bullied — we are so appreciative of the life you led, the mark you made, the example you set, and the love by which you did all of it. We can only hope to do the same. We will do the same.

We love you so much.

Services will begin at 11 a.m. Tuesday, July 20, in the Carmel Mission Basilica. We request that all who attend wear white or neutrals, as Jacqueline would have.

To send flowers to the family or plant a tree in memory of Jacqueline Melcher, please visit Tribute Store