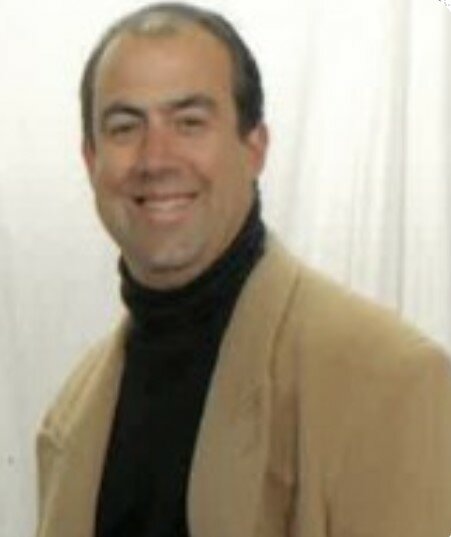 Giuseppe V. Spadaro, age 59, went home to Jesus on Wednesday, November 3, 2021, after a long and painful battle with depression. Born on August 19, 1962, Giuseppe was a lifelong resident of the Monterey Peninsula, where he attended local schools and graduated from Monterey High School with the Class of 1980. Giuseppe was unassuming, kind, and generous in spirit. He was humble and honorable. Never needing the lime light (although well deserved). He was quick-witted and smart well beyond an education. He was a man of few words. But when he spoke it was out of love and wellearned wisdom. Raised in a family with rich Sicilian traditions of fishing influenced Giuseppe’s love and affinity for the ocean. Giuseppe had 41 years of a long lucrative and successful commercial fishing career fishing up and down the Coast of California and Alaska at the helm of the F/V Elizabeth, Saint Elizabeth, Mz. Liz, or the Victoria Raquel earning him bountiful seasons and the title of “High Boat” for many consecutive years in Bristol Bay, Alaska. Starting at a very young age and lasting throughout his entire life, Giuseppe had a strong passion for real estate and was an accomplished investor and builder. Giuseppe was married to the love of his life Elizabeth for 33 years. Through good times and bad, Elizabeth and Giuseppe were amazingly resilient and loyal to each other. Together they built a loving home and family with their children Giuseppe W. and Victoria. Giuseppe was a devoted father who greatly adored his children. He was fully committed to loving his children and ensuring that he taught them the importance of a strong work ethic, kindness, compassion and selflessness. They were his greatest successes and brought him immeasurable pride and joy. Giuseppe had 13 wonderful years with his trusty pal Apollo, his Boxer, who is now once again by his side. During the past few years, Giuseppe’s disease brought him to places of incredible darkness, and this darkness compounded on to itself, increasing his pain. We believed Giuseppe would overcome his disease and return to the life he deserved, but instead the depression stalked and stole him once again. We would have gladly paid any ransom to have him back, any price in the World, but this disease would not let go until he was gone. We take comfort in knowing Giuseppe is now surrounded by light and free from the struggle that haunted him. Our grief over losing him is infinite. Though we are heartbroken for him to leave us so early, Giuseppe can be secure in the knowledge that we would live on to embody his memory. Giuseppe was preceded in death by his loving parents, Vitina and Giuseppe A. Spadaro. In addition to his beloved wife and children, Giuseppe is survived by his siblings; Gasper, Antoinette and Joanna, as well as many nieces and nephews. Depression is a very misunderstood disease. If you are reading this with judgment, please educate yourself regarding depression. Mental Illness is not a weakness or a choice. Chances are someone you love is struggling with it, and that person deserves your empathy and support. Please treat them with the respect and compassion they deserve. Giuseppe, you will be forever missed…Our shattered hearts grieve your inescapable absence. We love you. "The heart of a man is very much like the sea, it has its storms, it has its tides, and in its depth it has its pearls too” Vincent Van Gogh Giuseppe was laid to rest at a private service.

To send flowers to the family or plant a tree in memory of Giuseppe Spadaro, please visit Tribute Store