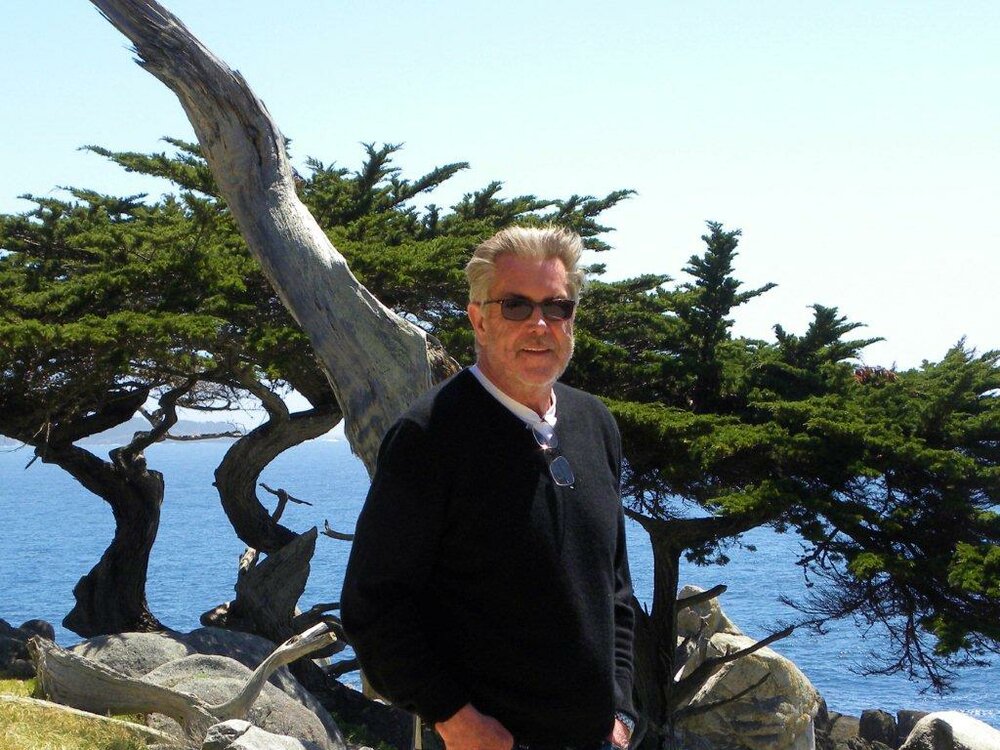 Edward Byron Garner, 77 passed away at his home in Carmel by the Sea, surrounded by his wife Kelly and niece Tricia Contidino.

Born October 15th, 1944 in Cheyenne Wyoming, to Lorraine Warner and Edward Frields Garner. He grew up in Beverly Hills and Malibu, and lived in the area most of his life until moving to Carmel by the Sea in 2009.

Edward married Kelly Green in 1984. They shared an extraordinary love and bond that gave grace to their journey through life together. They enjoyed it every step of the way.

Edward touched so many lives through the years. He had an unforgettable presence, and a beautiful way of engaging with others. People were immediately drawn to his magnetic personality, and his abundance of warmth and humor. Once someone met Edward, they never forgot him.

His life was full, diverse, and always charmed.

In the sixties, Edward was cast as a surfer in the Beach Party movies, and participated in the early 60’s music industry... In the 70’s he enjoyed being a restauranter in Santa Barbara with the “Head of the Wolf” restaurant. In addition, he developed a chain of retail stores with California lifestyle clothing by the name of “Camp Santa Barbara”. In the 80’s and 90’s Edward re-entered the music business and was involved in Music Licensing for many prominent groups working with Concerts West and Jerry Weintraub Entertainment.

Edward and Kelly loved traveling, dining with friends, walks, and sharing time together and with friends and family. Their lifelong love of the ocean and scenery brought Edward and Kelly to beautiful Carmel by the Sea in 2009 to enjoy an idyllic life.

He was blessed with many lifelong friends sharing volumes of fun, and genuine affection. The ones that are no longer with us, he missed daily,… and now, others will miss him.

Edward has made an indelible mark with all those he touched and will be deeply missed.

The memorial will be private; however, memories can be shared on here.

Donations may be made in his name to: Surfrider Foundation: Pacificrim.surfrider.org

To send flowers to the family or plant a tree in memory of Edward Garner, please visit Tribute Store